per adult sharing per night

Embark on an exclusive journey into the beating heart of Africa within the greater Kruger National Park!

Wrapped in luxury amidst the untamed African bush, you will experience unsurpassed game viewing opportunities in the Thornybush Private Nature Reserve, open to the greater Kruger National Park.

With just six rooms, including the superb two-bedroom Royal Suite, the luxurious accommodation is limited to 12 guests ensuring a personalized wilderness experience, where the opportunity to reserve the entire camp for exclusive use is possible.​

The public areas are elegantly furnished and comfortable, with a relaxing lounge and dining area.

To complement the wonderful weather, a sparkling rim-flow swimming pool overlooking a covert water hole is on hand for a refreshing dip, an amenity often shared by thirsty groups of Elephants.

No part of Africa is without mystery; it has captured the imagination of the world and thrills us with its untold secrets! Thornybush Nature Reserve is no exception. Situated in the lush bushveld of the Lowveld, the private reserve has a fascinating history dating back to 1955, when the original Thornybush farm measured just 1640 hectares.

Today the Thornybush Game Reserve forms part of the Greater Kruger National Park after the northeastern boundary fence was removed in 2017.  This has allowed for natural wildlife migration patterns to resume, which has resulted in a supreme game-viewing experience. It’s not unusual to witness some of the great Kruger tuskers exploring new Thornybush territories, as well as the rare white lions of the Timbavati.

Both the critically endangered black and white rhino call Thornybush home, whilst the iconic leopard and cheetah are regular sightings.  Painted Wild dogs; also listed as threatened, make regular trips to Thornybush adding to the excitement of a safari at Thornybush.

The Reserve is constantly undergoing various research projects focused on the many wildlife species found in the area. Nature conservation is prioritized on the Reserve.

Thornybush was the first recipient ever of an entire elephant herd from the Kruger National Park.

It fiercely defends its rhino population with a strong counter-poaching presence on the ground. Thornybush also captured the first recording of a white wildebeest born in the wild and is the home of many wildlife documentaries that have aired on international television stations.

The River Lodge at Thornybush is situated in the Lowveld Region of South Africa. The Lowveld spans over two provinces; namely Mpumalanga and Limpopo. The lodge is in close proximity to the border between these two provinces; the heart of the Lowveld.

The Lowveld has a tropical climate, with warm sub-tropical temperatures and experiences high summer rainfalls.

Between the months of September and March, this area receives an approximate rainfall of 620mm.

The average temperature in summer can reach the high 30℃’s or 100°F’s with beautiful and spectacular thunderstorms in the evenings.

Winters are mild and dry at an average temperature of 5℃ or 40°F in the evenings and up to highs of around 30℃’s or 80°F’s, with beautiful clear skies.

However, always keep a rain-coat or jersey handy, as the weather can be unpredictable and remarkable! 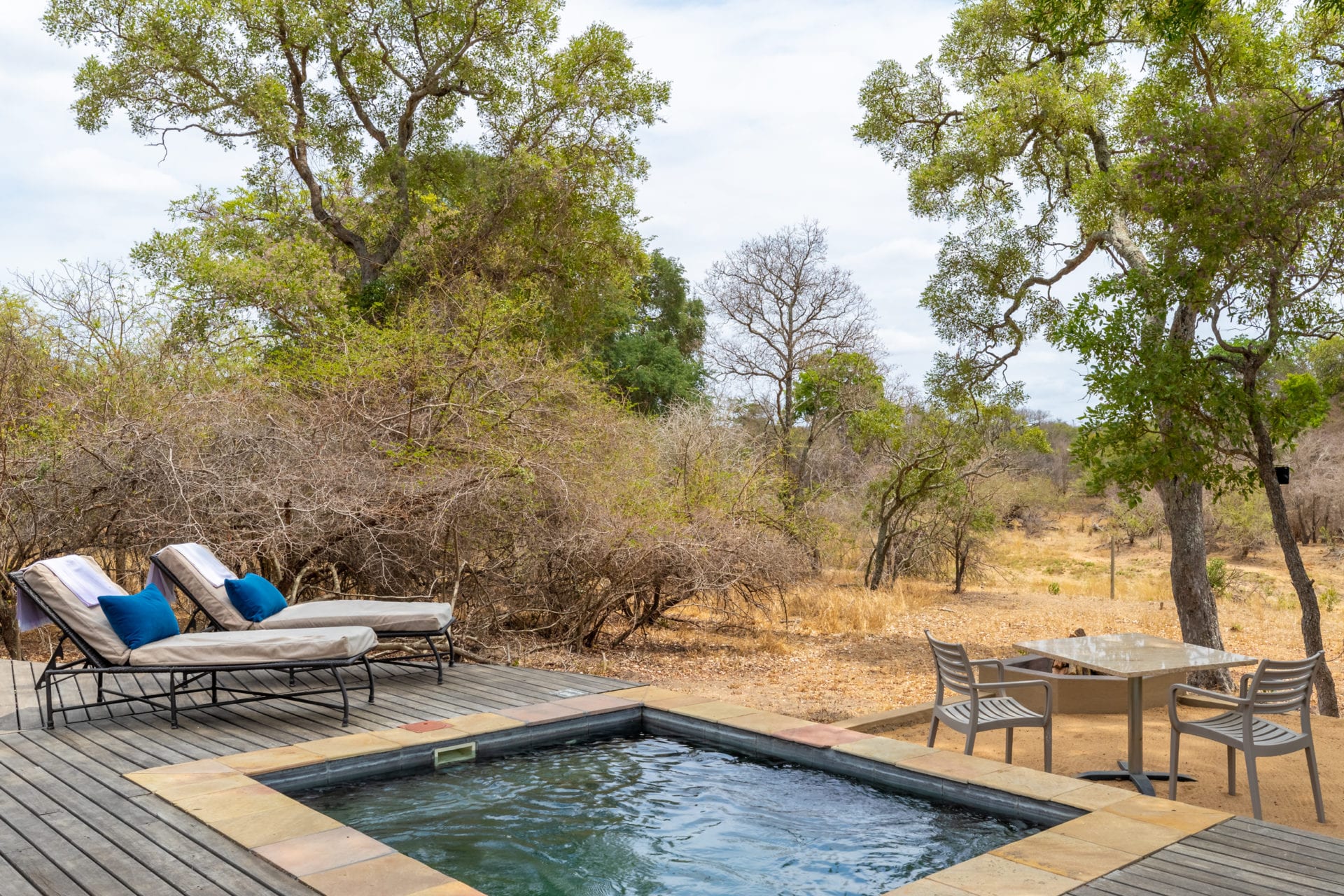 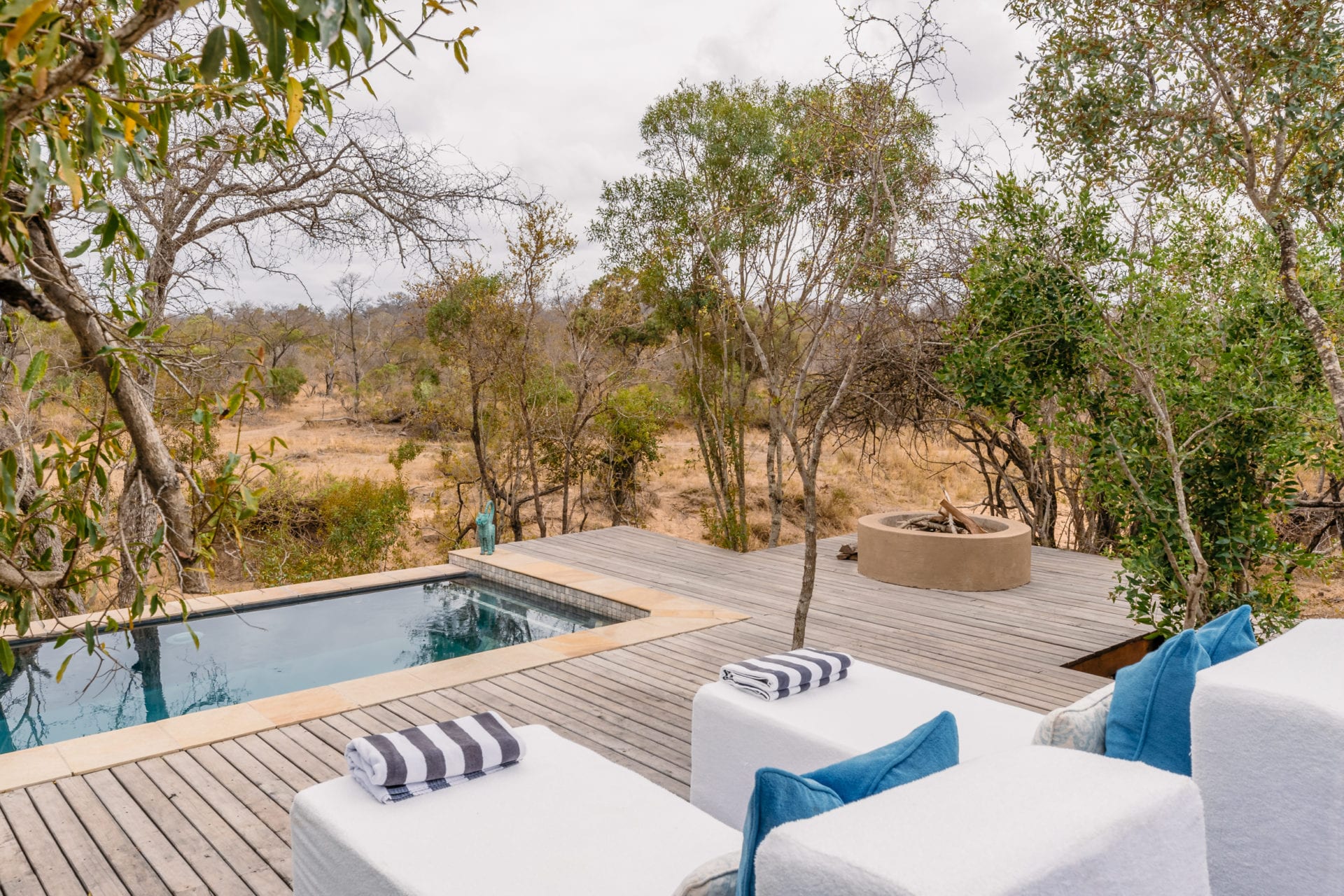 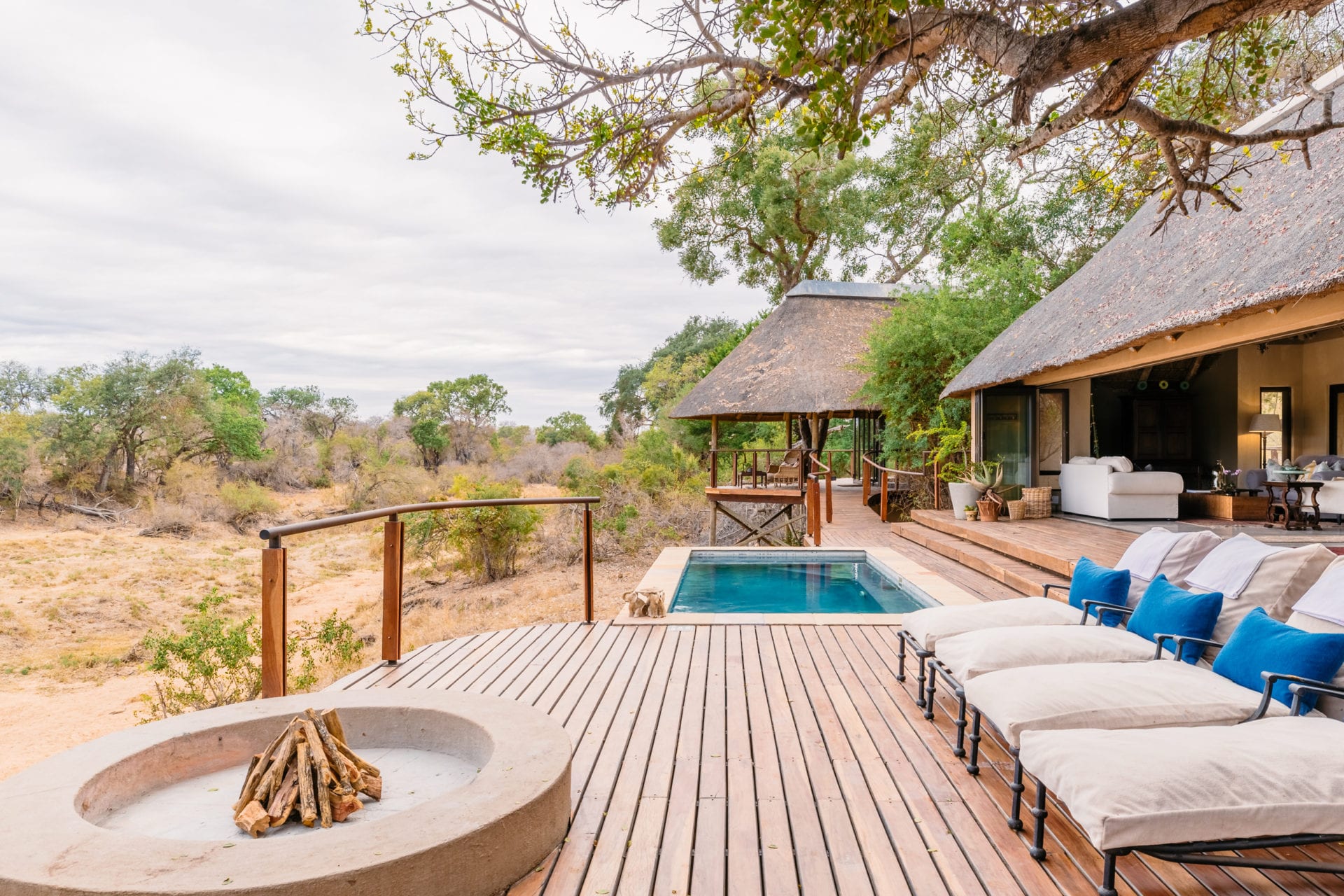 per lodge per night 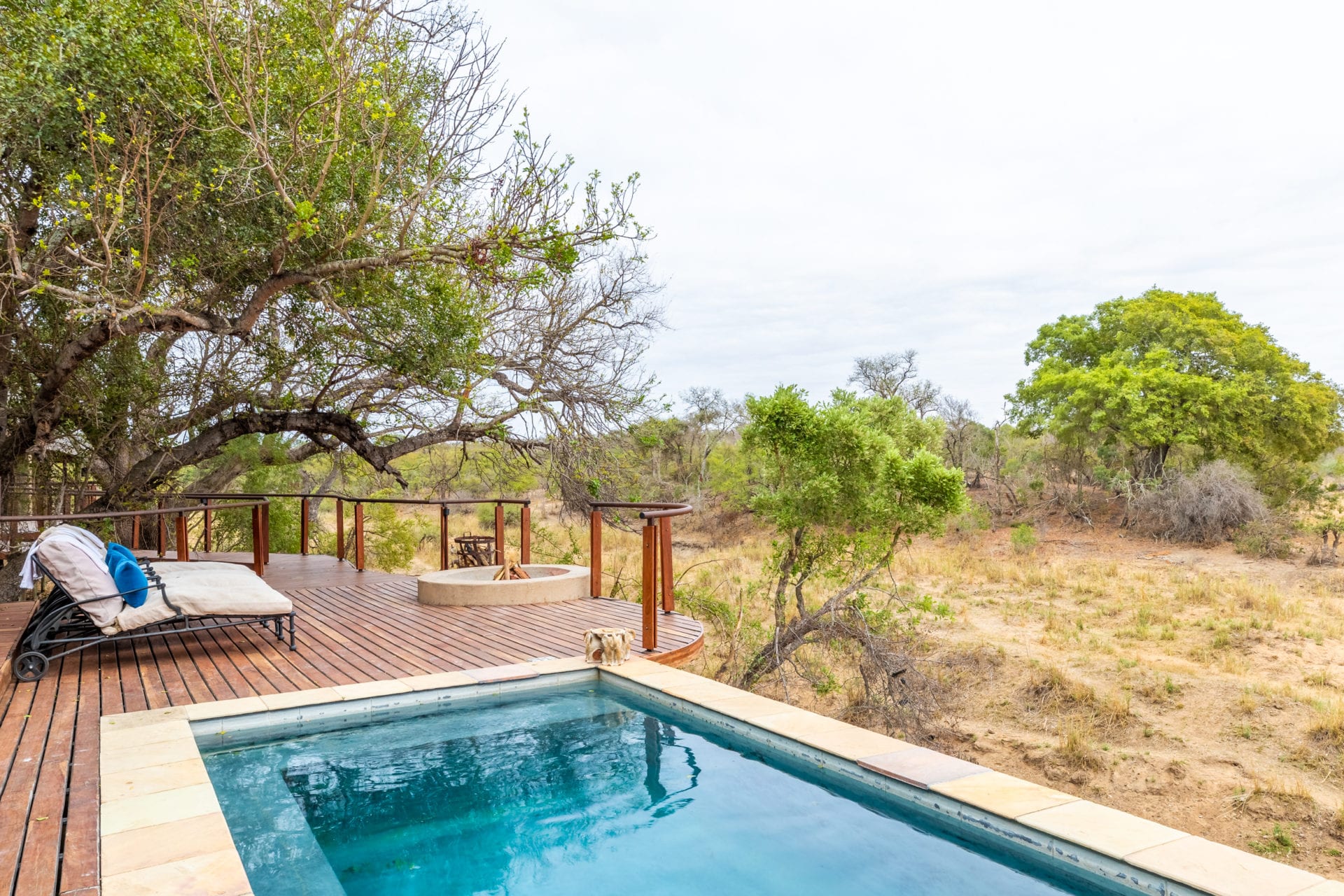 From the South on the R 40 (from Bushbuckridge)

​From the North on the R 40 (from Hoedspruit)

From Johannesburg to Thornybush River Lodge Via Klaserie (recommended)

Traditionally most safaris leave in the early mornings and late afternoons however, our knowledgeable field guides and master-trackers do not work to a clock; they are flexible and will tailor-make your safari experience to accommodate your every need.

Whether it’s the Big-5; Little-5; or the countless number of bird species that call Thornybush home, our men in khaki will make every effort to satisfy your safari requirement.  Sundowner and coffee stops add to the enjoyment of the drives, whilst enjoying a collection of exciting bush-tales from the field guides.

There is little that matches the excitement of trekking through the wilderness in Big 5 country.

All dietary requirements are respected and catered for and our team of chefs offer tempting spreads of a rich variety of culinary delights.

Feast on a diverse assortment at the breakfast buffet, whilst awaiting a cooked breakfast order of your choice.

Slip into the afternoon with a delectable lunch served on the deck, overlooking the semi-circular rim-flow pool that is often frequented by elephants in search of a freshwater source.

Enjoy stylishly plated romantic dinners served on a lantern-lit deck beneath the stars listening to the varied sounds of the African night.

Adding to the culinary pleasures at River Lodge, bush breakfast and boma dinners are offered, both of which present an authentic African experience.

Alternatively; arrangements can be made with the lodge manager for those wishing to dine in the privacy of their suite.

Coupled with the romance of the African bush; luxury amenities, gourmet cuisine as well as a tolerant climate, The River Lodge offers an exclusive and perfect wedding destination for your most important day.

Whether it's a private, intimate occasion, simple bush wedding or "the party of the year" requiring further accommodation options for multiple guests; we will make it happen!